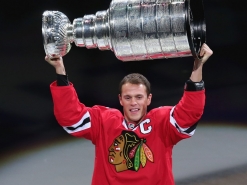 Hockey was a misunderstood sport in the southern United States, until the rise of the sport in the 1990s. When Gretzky was traded to the Kings, he managed to sell hockey to southern California, drawing millions of Americans and helping to shape the NHL as one of the top pro sports leagues in the world. TV contracts, a steady fanbase, and long-term labour stability have increased the value of the NHL, which now features a trio of teams worth more than a billion.

Ten Most Valuable Franchises In The NHL

NHL Valuations Rise Into The Billions

The NHL has done well enough to decide to expand once again becoming the first major pro sports league in North America to welcome Las Vegas into the fold. There’s a good chance that an NHL team in Vegas will take off, which only adds to the overall value of franchises in the NHL.

As you can see, winning doesn’t have a lot to do with the profitability of pro sports teams. In fact, the three most valuable teams haven’t won a single Stanley Cup in the 21st century. The most valuable teams are also the most popular, which tends to lead to betting opportunities based on fans wagering on their home team blindly. The payout you receive tends to improve when betting against a popular, but overrated team.