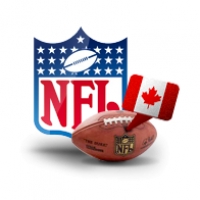 The AFC West is made up of the Denver Broncos, the Kansas City Chiefs, the Oakland Raiders, and the San Diego Chargers. Historically speaking, the West is the NFL’s winningest division, They have also sent 14 teams to the Super Bowl, and every team in the AFC West has an all-time winning record over .500. Not bad! Also, each team took a turn at winning the division in the first four years of the NFL’s realignment: Oakland won in 2002, Kansas City won in 2003, San Diego won in 2004 and Denver won in 2005. [+]

However, recent trends have seen all 4 teams achieve poor or mediocre results. And this mediocrity and a record of .500 (or even slightly below) has been good enough to get you into the playoffs, representing the division.  Home field advantage is no longer what it used to be for the storied fields of Sports Authority Field at Mile High, Arrowhead Stadium, Qualcomm Stadium and the Oakland Coliseum.

Bookmark this site to get the best American Football Conference West betting lines available anywhere on the net. The best bets start here.

Here is a look at the up-to-date American Football Conference West Standings. Check back every weekend to see who’s on top and who’s struggling to find the end zone.

How To Bet On American Football Conference West

The Broncos seems like to team to ride in the AFC West. Despite their offensive limitations, they still have one of the best defensive lineups in football. However, they will need to plug a few holes, as they recently lost Brock Osweiler, Malik Jackson, Danny Trevathan, Ryan Harris and Evan Mathis.

Oakland missed the playoffs last year, but that will likely be short-lived. The team is capable of great things, with a solid core of Derek Carr, Amari Cooper, Khalil Mack and Latavius Murray at their disposal. A good start and some momentum could actually lead this team to win the division outright, and surprise a lot of people.

Nobody is expecting much from the Chiefs or the Chargers this year. They are poised to struggle. But they are both dangerous enough teams to beat a lot of the big boys, especially on their home turf. So, watch them and pick your spots. These teams will win some people a lot of money as underdogs-in-waiting. Will it be you?