Few teams qualify to compete at the top level of the National Basketball Association, which has been dominated by a handful of notable players for a long while. Since 1980, every single finals series has featured LeBron, Kobe, Shaq, Wade, Tim Duncan, Michael Jordan, Hakeem Olajuwon, Magic Johnson, Isiah Thomas or Larry Bird. Considering the names missing from this list of champions, including legends such as Karl Malone, Patrick Ewing and Allen Iverson, the long odds of winning an NBA ring should be readily apparent. 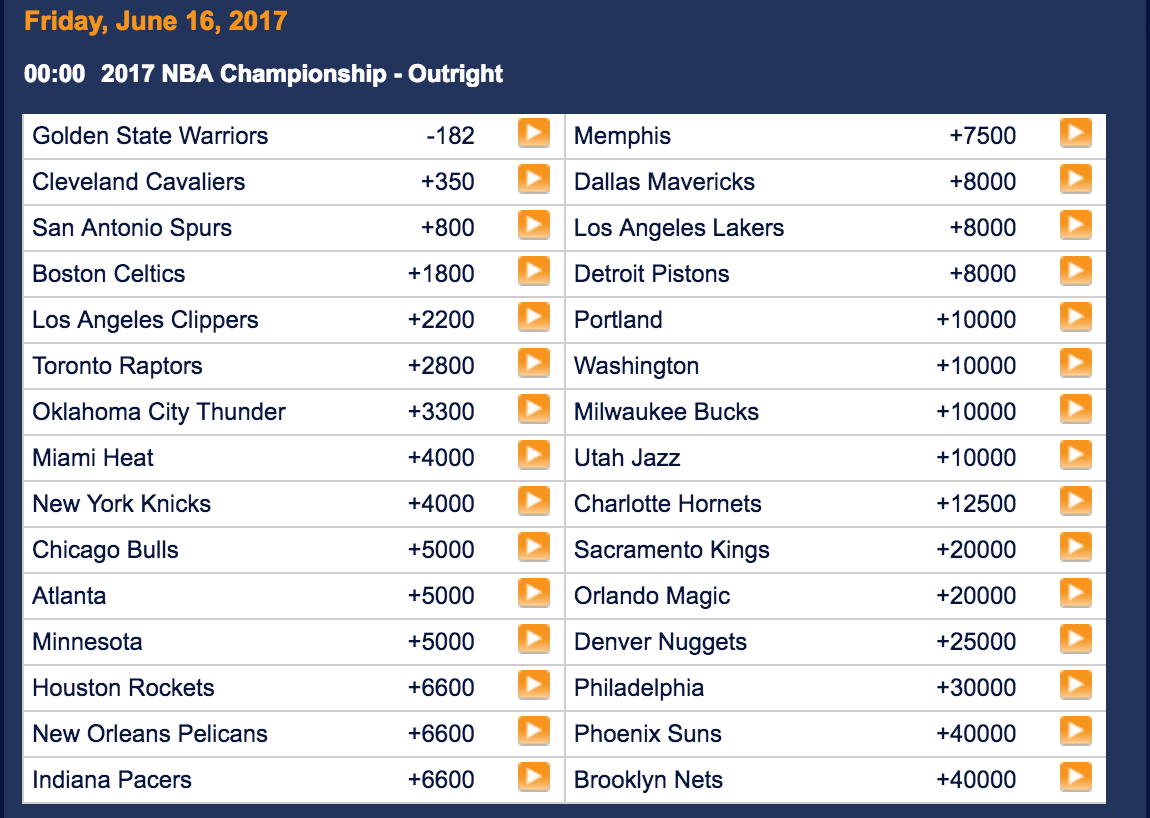 While not exactly a closely kept secret, the basketball world was still shocked when Kevin Durant opted to sign a two year deal with the Golden State Warriors after losing to the eventual runner-ups in seven games during the conference finals. In addition to completely destroying any chance that the OKC Thunder had of winning the title in 2017, the Warriors’ new “super team” is now the undisputed favourite to make their third consecutive NBA finals, where they will most likely face the Cleveland Cavaliers for the third time in a row.

The Clippers, Spurs, Celtics and Raptors are all capable of beating any team in the association on any given night. As a result, all it takes is a couple of nights off or an injury to a key contributor for these four teams to win a series against the very best in the NBA. As a result, when wagering on who will win the NBA, it’s a good idea to take a look at the odds of some of the underdog teams. They’re always a hot streak and a lucky break away from pulling of an historic upset.

Considering that the Golden State Warriors are overwhelming favourites to win their second NBA ring in three years, the payout that you’ll receive for wagering on this “super team” might not be worth the risk. The addition of Kevin Durant makes the Warriors even more formidable, but they still have to defeat LeBron James and the Cavaliers in the finals, who are likely to be a more confident and coordinated squad after their first big win as a team.

There’s no doubt that the Cavs and the Warriors are clear favourites. Of course, as the first team to come back from 3-1 to win an NBA ring, the Cavaliers reminded fans that no conclusion is foregone. Should these top two contenders stumble, the Spurs, Clippers and Celtics will take full advantage of any windows of opportunity opened. A perennial outsider, the Toronto Raptors are the top dark horse, pushing Cleveland to six games in the conference finals before losing to the eventual champs. With a bit of good fortune, the Rockets, Timberwolves, Heat and Trail Blazers also have the talent necessary to make the leap as elite NBA competitors.