Betting on US Open Golf 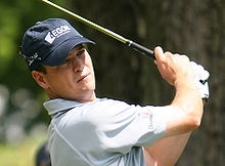 The PGA Tour features the U.S. Open as its second major of the season, taking place after The Masters and before The Open Championship, which is also popularly known as the British Open. This tournament was inaugurated in 1895 at the Newport Country Club in Rhode Island, which was a nine-hole course. The competition lasted 36 holes and the tournament took place in a single day. Of course, the US Open has changed drastically ever since, becoming one of the most popular events for Canadian golf fans.

Placing a wager on your favorite players through a legitimate sportsbook ups the ante throughout the tournament, increasing the excitement of taking in this classic golf event. Canadians have access to a plenty of sportsbooks that offer various types of action with odds that tend to be similar. Check out this list of sportsbooks in order to get a better idea of promotions they offer to attract new players and keep veteran wagering fans loyal to their business.

Similar to majors like the PGA Championship and the British Open, the US Open travels to a new venue every year, rotating through some of the top courses in the United States. Unlike the PGA Championships, west coast golf courses host the tournament on a fairly frequent basis, including Pebble Beach Golf Links and the Olympic Club lake course in San Francisco. Nonetheless, the majority of competitions take place on eastern United States golf courses. In 2015, Chambers Bay, which is located in University Place, Washington, hosted the US Open for the first time.

The US Open has a unique playoff structure compared to other PGA majors. At the end of a tourney, golfers tied for first must complete another 18 holes the next day, with the winner determined after a full round of play. If still tied, a sudden-death playoff takes place on the 91st hole.

What Type Of Player Thrives At the US Open?

International competitors visiting the US Open have done well over the past 15 years, with more than half of all winners originating from outside the United States. Only two American golfers, Webb Simpson and Jordan Spieth, have won the US Open since 2010, with golfers hailing from the United Kingdom taking three of the last six competitions.

Back-to-back winners of this events are extremely rare. Since World War II, only Ben Hogan and Curtis Strange have taken consecutive wins for this major. However, the ascension of Jordan Spieth has made him a favorite in pretty much any golf tournament he enters, making him an excellent candidate to become the first to win consecutive titles since Curtis Strange. Counting out top ranked, former winners Justin Rose and Rory McIlroy would be foolish, as both of them look to repeat before Spieth can pull off the achievement.