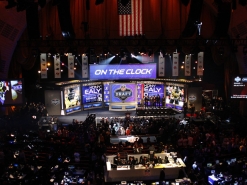 Days of NCAA football stars hitting the jackpot during the NFL Draft are long gone thanks to cooler heads prevailing. However, that didn’t happen until a lot of money was packed into Brink’s trucks that were lined up at the headquarters of quite a few NFL teams between 2006 and 2010. As the following article illustrates, teams like the St. Louis Rams and Detroit Lions wrote a number of monster size cheques as they were the biggest troughs during the NFL Draft feeding frenzies.

Beware of busts! That’s the theme as we take a look at NCAA football players who scored big by banking ultra rich first year pro contracts. Although the NFL and NFLPA adjusted their CBA to limit rookie contracts, and thus protect themselves from their own tomfoolery, these players broke the bank and often the backs of the fiscally irresponsible teams who drafted them. While a few of these NCAAF stars played at a high level on Sundays, USC Trojans running back Reggie Bush was the only one who enjoyed the thrill of a Super Bowl Championship. If the thought of burning money makes you cringe – look away as we present the top ten college players biggest rookie NFL contacts. 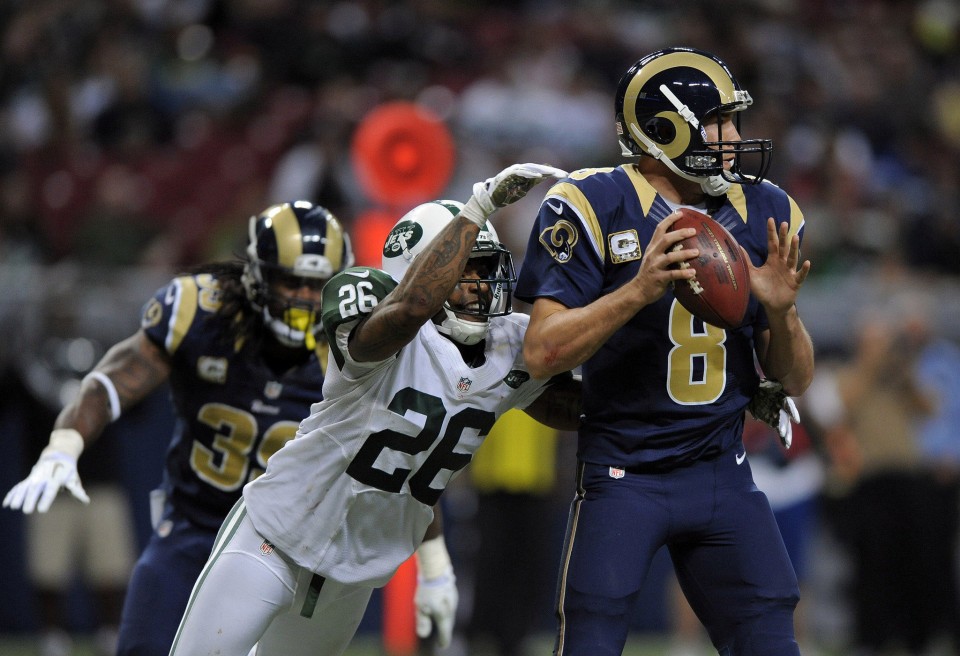 As evident by the number of high draft picks that turned out to be busts on our list above, there are no guarantees on Draft Day. One thing that can be guaranteed is the wide variety of NFL wagering options bettors receive at the top ranked online sportsbooks recommended here at Online Betting Canada. At the time of publishing (October 9, 2016) bookmakers were offering hundreds of prices on NFL Week 5 action. Spread prices, game total odds, money lines, player props, as well as futures prices for the NFL playoffs and Super Bowl, are always available around the clock everyday.

That’s the tip of the iceberg though as online bookies offer betting lines on most major pro and college sports, entertainment and even politics. On the latter, we were amused that online bookmakers were offering prop betting options that featured how many times the words China, Russia, Mexico, Trillion and Tremendous would be spoken during the second Presidential debate between Donald Trump and Hillary Clinton. Creativity is a hallmark of the sportsbooks as they have been reinventing the online betting wheel for over two decades.

Please check out our expert picks for the NFL 2020-21 season which is about to start.
Read this article
Online Betting News - 17/04/20
NFL Draft 2020: what to watch in this year's virtual draft

The NFL Draft in 2020 will be a new one: completely virtual using only telephones and the internet due to the Coronavirus pandemic. But it's business as usual as all 32 NFL teams bolster their rosters with this year's crop of college football prospects. An exciting NFL offseason ruled by trades and big-name departures could carry to this draft. Let's look at the 2020 NFL Draft.
Read this article
Online Betting News - 19/08/19
NFL Futures: These are the Hottest Props To Bet

The Los Angeles Rams escaped New Orleans like bandits after a controversial 26-23 overtime win over the Saints. The Patriots were able to survive the NFL MVP in Patrick Mahomes and exploit a historically bad defense in a 37-31 overtime win. It's the first time that a the Superbowl representatives won a road playoff game since 2012. And now both teams get the honor of playing for the Lombardi trophy on February 3rd.
Read this article
The Pages You Like the Most