NFL Betting Against the Public Explained 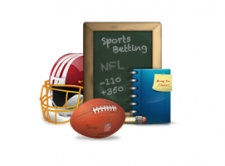 People enjoy getting together and sharing similar opinions but going the other way and taking the unpopular side can be risky. But no risk, no reward and this article helps show bettors the wisdom of profiting by betting against the public. It takes a sharp mind and a whole lot of guts to go up against everyone else. To bet against the public means to simply bet opposite to the public. Everyone betting the San Diego Chargers to destroy the pathetic Cleveland Browns?

What is Betting Against the Public?

Heck, take that underdog shot on them. But it's not just about being a rebel. There is real profit to be made with this tactic. Most bettors are fans at heart. They are fans who already have prior knowledge of the NFL and think they know enough to profit off of sportsbooks but most couldn't be any more misguided. They often fail to recognize their biases and these manifest in their tendency to bet on certain teams mainly due to popularity, how exciting they are to watch, or how much the media pumps them up.

In betting, you can profit simply by fading the popular opinion. Going against the crowd is tough even outside betting. The pressure to follow everyone else gets to even the most independent thinkers. But let numbers guide you. According to betting research, in the NFL's last eight seasons, games in which 75% of the public is on one side lost around 54% of the time. Likewise, large underdogs were among the best bets during this stretch.

Strategy for Betting Against the Public

The numbers above already prove the betting public is wrong more often than not but being armed with this knowledge is just but a step in using it to your advantage. Markets also adjust eventually and people do smarten up after a while. Just keep a few pointers in mind before betting:

Being a contrarian is profitable in betting but it doesn't always work; sometimes the public is right after all and laying a bet on the dog, even at a very high number, can still be reckless. It's easy to get peer pressured by the public but you can also fall into the trap of being a contrarian just for the heck of it. Don't.

Patience is a virtue

Two bets the public seem to enjoy steaming are large favourites and the over bet in over unders (totals). Even if the underdog or the under play don't seem likely, the one-way action can get out of control especially if you wait it out. An underdog may get a ridiculous line or the under will set up a number that is easier to cash.

Maybe you've always had a hunch that you were smarter than the rest of the NFL world and now you get a chance to prove it. Signing up with the bestonline sportsbooks SportsInteraction, you get some of the best NFL odds and a signup bonus of $200.

Read this article
Online Betting News - 19/08/19
NFL Futures: These are the Hottest Props To Bet

With the NFL season approaching, we sift through a stadium full of NFL futures and props bets and dig up the hottest ones. Among these include the odds to win the Super Bowl, NFL futures division odds, and many more. Since we're this early in the season, now is the best time to find great value and profit from your visionary insight just like the GOAT himself, Bill Bellichick.

the Super Bowl is about opportunity and the every online betting site will be offering a plethora of juicy prop bets to wet your whistle for the final NFL game of the season. So let's dive right and see if we can find the Super Bowl Prop Bets.

In rematches from two of the NFL regular season's most exciting games, the Chiefs, Patriots, Rams and Saints will look to secure their spot in Superbowl 53 this Sunday.

Read this article
The Pages You Like the Most