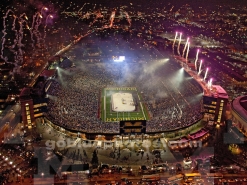 Everything is bigger in the United States of America and nowhere is that more evident than as it relates to our Top 10 Largest College Football Stadiums list. From The Big House in Michigan, to the famed Grand Old Lady in California, super sized stadiums dot the US College landscape. These venues rival the population of many major Cities in their respective States on game day. NCAA football betting fans should add these earth-shaking venues to their “must visit” bucket lists. 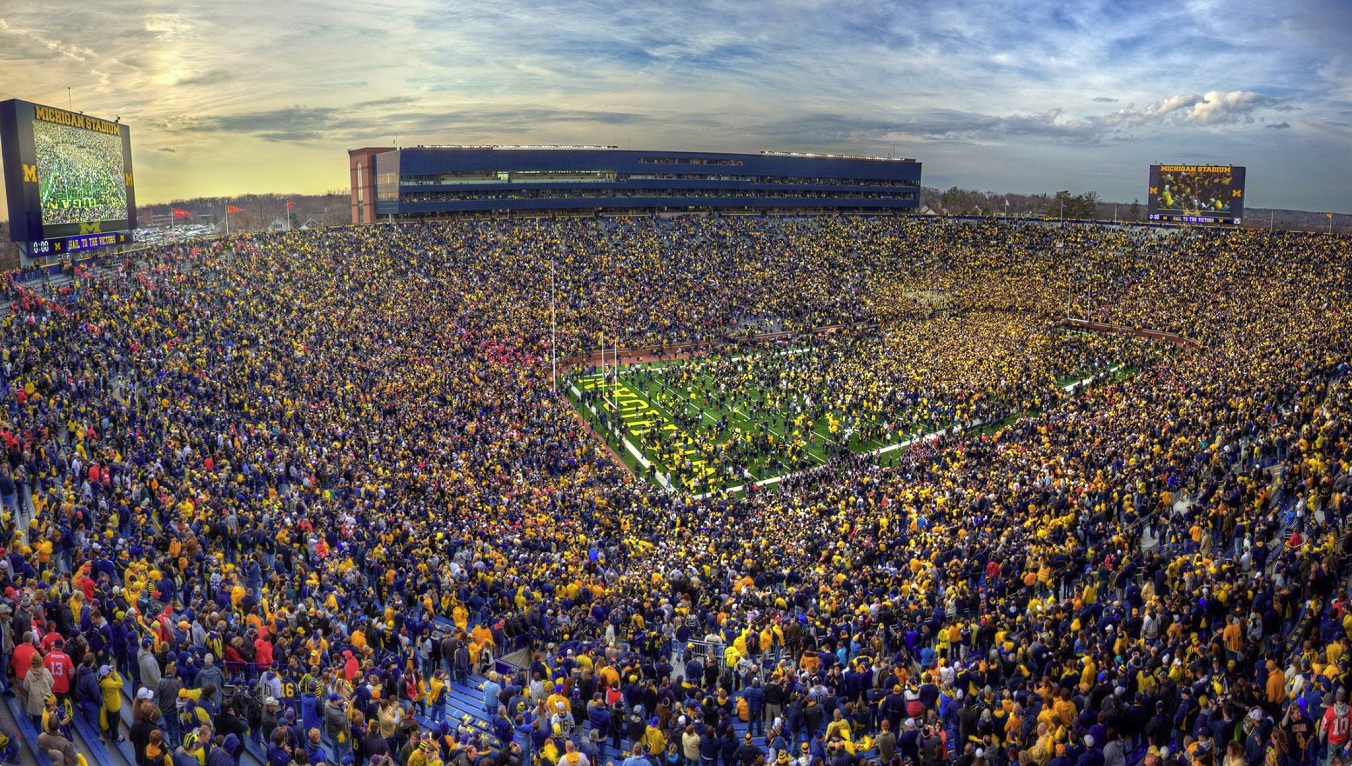 While home field advantage isn’t everything, when betting on exciting NCAA football action, it’s good to know which teams bring in record setting fan support that can help smoother a visiting squads performance. The University of Miami is a classic example as the Hurricanes won 58 games in a row at the Miami Orange Bowl between 1985 and 1994. That broke the previous record of 57 straight home wins at Bryant–Denny Stadium by the Alabama Crimson Tide from 1963 to 1982.

Though streaks like that may never be matched – there are lots of “home field advantage” style contests posted on the NCAAF betting board at the online sportsbooks weekly. Remember, as little as one loss can deny a team of a shot at the NCAAF National Championship. As of the end of the 2016 Week 2 schedule – Alabama owns the longest active winning streak at 14 straight and includes their 2016 National Championship game victory over the Clemson Tigers. Wager on the Crimson Tide to continue to roll by registering a secure betting account anytime 24/7.

Selection Sunday will be held on March 17th, 2019 and that's when all the fun and bracketology begins. However it's not to early to do a NCAA March Madness deep dive to have you ready to rock in 3 weeks times. And while we all love the Cinderella stories that inevitably come with this tournament, the real question we must all ask ourselves is 'To Duke or not to Duke?'
Read this article
Online Betting News - 04/02/18
Super Bowl Betting: Point Spread Odds, Prediction for 2018

The Super Bowl is so close I can almost taste the pizza and wings! Food delivery app, check. Too much beer, check. Extra-loose pants, check, with a backup pair. Bets placed… oh, I knew there was something I was forgetting. Don’t miss out on the chance to bet on this year’s Super Sunday. Now is the time to check the odds and the point spread!
Read this article
Online Betting News - 04/02/18
Super Bowl Betting: Most Valuable Prop Bets for 2018

It’s Super Bowl fever season and the only cure is getting in on the best prop betting action on the web. Let us show you where the smart money is this year.
Read this article
Online Betting News - 02/02/18
Super Bowl Betting: Moneyline Odds, Prediction for 2018

According to business insider, an estimated $4.76 billion will be bet on the Super Bowl this year… some of that will perhaps even be bet on the Eagles to win! I’m kidding of course, bettors love an underdog and there are many who feel the Patriots are ripe for the upset this year. But how do the oddsmakers see it? Let’s take a look at the Moneyline odds for this year’s Super Bowl 52. Yeah, I don’t do Roman numerals.
Read this article
Online Betting News - 31/01/18
Super Bowl 52 Odds: The Case for and Against the Eagles

The Eagles have an uphill battle, as they take on an institution, not a football team, in the New England Patriots. They weren’t supposed to make it this far, but how far can they really go? They are a single game away from their first Super Bowl win in franchise history and have the whole state of Pennsylvania and the rest of the Brady-hating continental US cheering for them. So let’s take a look at the reasons they would win or the reasons they would lose
Read this article
The Pages You Like the Most